All rokka stack operations you can apply to images, like resize, crop, rotate, trim, text, etc.

It is possible to list all operations. Try it out.

Properties for all operations

All operations support the enabled property. It is set to true by default. If set to false, the particular operation will be ignored for the rendering. This can be useful together with stack variables and expressions.

Does operations with the alpha (transparency) channel of an image.

Rotates the binary data to the correct physical orientation based on EXIF data.

If width and height are given, it takes those values to determine the aspect ratio and turns the image so it has the same one as the box given, if needed. The rotation_direction is only taken into account when width and height are set and then overrides the one set in the image's EXIF data.

All properties are optional.

Puts a circle in the maximum possible area and alpha channels the outside of it to total transparency. You most certainly have to crop the image before to get the desired result.

Example without any cropping: 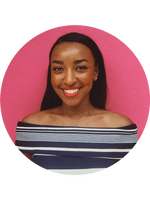 (Photo by Juno Jo on Unsplash)

Complexer example with cropping on the face, if the image has face detection metadata. Otherwise it just crops the image to a square: 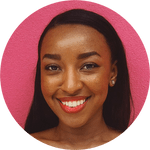 You can of course also just use fixed values for width and height, if for example what you need is always in the middle of the picture.

Merges two images together to one. The to be added image (called secondary image) can either be another image uploaded to rokka or a fixed box with a defined size and color. You can also add additional transparency to both of them. This second image can be put into the background or the foreground of the initial image.

One usecase is to extend the canvas size of an image without resizing it. For this you define a new box with width and height and the optional secondary_opacity, secondary_color and anchor. Then you use mode: "foreground" to put the initial image in front of that defined box.

Another use case is to add a watermark to your images. For this you have to upload your "watermark" to rokka as you would do with any other image and use the hash of that image in the option secondary_image. Then you use mode: "background" to put the initial image in the background of that secondary image. You can also use the optional width, height, secondary_opacity, resize_mode and anchor options in this mode.

You can also use another stack for being included, if you have more complex rendering wishes and rotate it

Crops an image to a set size.

Adds a dropshadow to an image.

Converts an image to grayscale.

Modulates an image for brightness, saturation and hue. Use this to for example brighten up or darken an image or remove its colors.

For brightness and saturation, the input is an integer between 0 and 500, which is meant as percentage. The maximum value of 500 is pretty arbitrary, but more usually doesn't make any sense.

For the hue parameter, the input is an integer defining how many degrees the color should be shifted on a color wheel. A value of 0 and 360 leaves the input unchanged. A value of for example 180 inverts all colors to their opposite color on the wheel.

At least width or height is required.

Applies sepia toning to an image

Sharpens an image. Can be useful after downsizing an image, for example (when not already enabled in a resize operation). The properties are a little bit hard to understand, but the defaults can be fine already. All the details to the properties are explained in more details on the vips documentation page about its sharpen method. If you want more or less sharpening, we suggest you just change the m2 parameter (from the vips docs). If you only want to sharpen picture above a certain entropy (pictures with low entropy, like diagrams, often don't benefit from sharpening), you can use a stack expression and the image.entropy parameter. The following would for example only sharpen pictures with a entropy > 6.

Can be useful, if you need to change attributes like stroke-width, color or sizes depending on some input values or stack variables.

To do this, you define the attributes you want to set in the changes option as an array with objects containing the keys id (for the element id), attr (for the attribute you want to change) and value (for the value it should be changed to).

Let's take this SVG as a simple example, you need to upload that to rokka like any other image.

Then assuming you want to change the "stroke" and the "stroke-width" attribute of the element with the id "line", you'd define your stack like this

But this feature is best used with stack variables and expressions.

With this you can now control the control and stroke width via the render URL, eg. https://your-org.rokka.io/stackname/v-color-663388-sw-10/$HASH.svg.

Trims edges that are the background color from an image.

For writing text on an image, use this operation.

But before using it, you have to upload the fonts (as TTF format, there are online tools to convert other font formats to TTF) you want to use to your organisation through the normal sourceimage operations and then use the hash (or short_hash) in the definition of this operation. A simple example writing a text in black in the middle of your image with font size 20 and the font with the hash "398a83":

See below for some more common parameters like color, angle, opacity and anchor.

Variable text through an URL

If you want to be flexible about the text written on the image, you can this like with any other parameter, eg:

But we recommend using stack variables and the v query parameter, since you can't use any string in the middle of an URL. Stack variables also make it much more flexible, if you have different texts on different parts of an image. The above example, you'd write the as the following:

And then you send the content of text1 in a json encoded object.

You can use that for any variable, not only for variables related to text

The width and height parameters

Width and height are a little bit special compared to other operations. You don't have to define them, then your text is just written on one line.

If you define width, then your text is line wrapped at that point. With the align option you can choose how those different lines then should be aligned (left, centre or right).

If you additionally define the height option, the text will not extend over that "box", but cut off (and centred vertically within the box, if it fits).

If you define width and height and also the option resize_to_box, the whole text will always fit in that box. But the font size is chosen accordingly to make that happen. The longer the text, the smaller the font size.